Yesterday we witnessed the end of an era.  Not a big historic event affecting lots of people, but a significant event for our little community.

Post card to self, stamped on last day of business.

The United States Postal Service (USPS) decided that our darling little post office was no longer economically viable, and citing other concerns regarding the structure it was housed in, they stated it would be impossible to continue here. 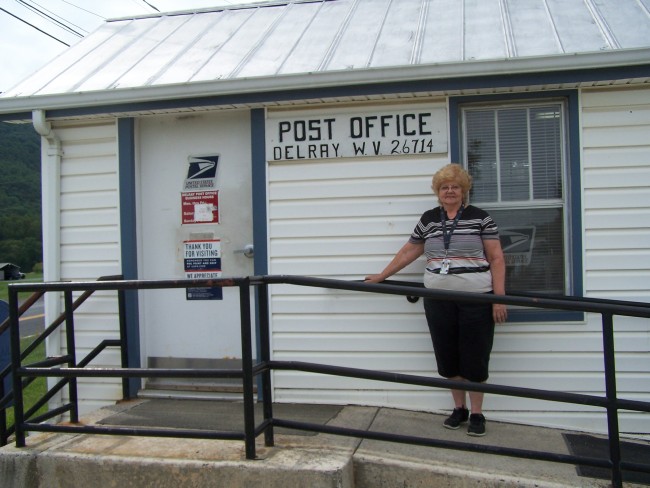 We have had a box at this post office for fourteen years.  Since they would not deliver to our remote location (they still won’t) they forced us to pay annually for a box in order to receive our mail.  Instead of a P.O. box, they will be delivering to cluster boxes at the end of roads.   Similarly to the local school system, they are closing the buildings in the local communicites, and consolidating them into new (dare I say expensive) centralized buildings.  As we witness the expense of installation of the new cluster boxes throughout the area, we seriously doubt the USPS’s financial concerns. 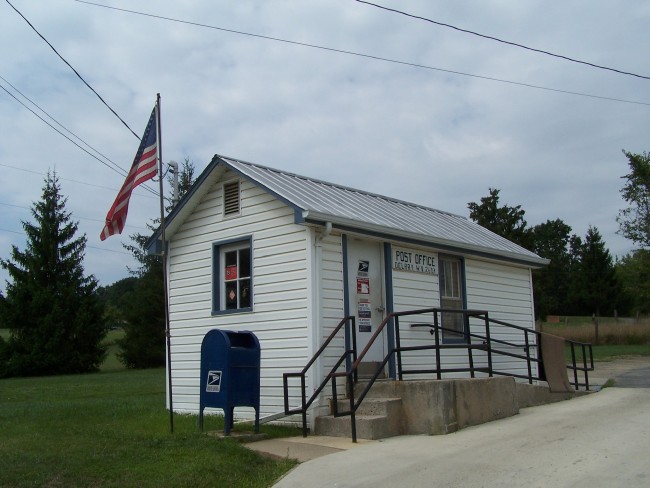 This adorable building that should be on post cards has been the heart of the community, the last business in a tiny town where you could have chance meetings with neighbors and catch up on each others’ lives.  Instead, we will be going at least another six miles in order to buy stamps and send packages.  USPS saves, we lose. 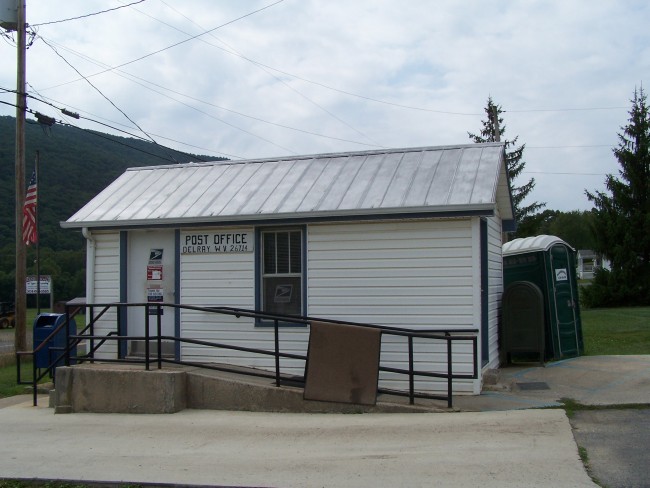 Side view with Portalet. The building had no running water!