Yesterday we had unexpected and unusual flooding.   A small but potent storm developed and dropped approximately two inches of rain in one hour, causing flooding.  Here are some pictures.

The rain was so heavy it created a stream in the pasture where none had existed before. 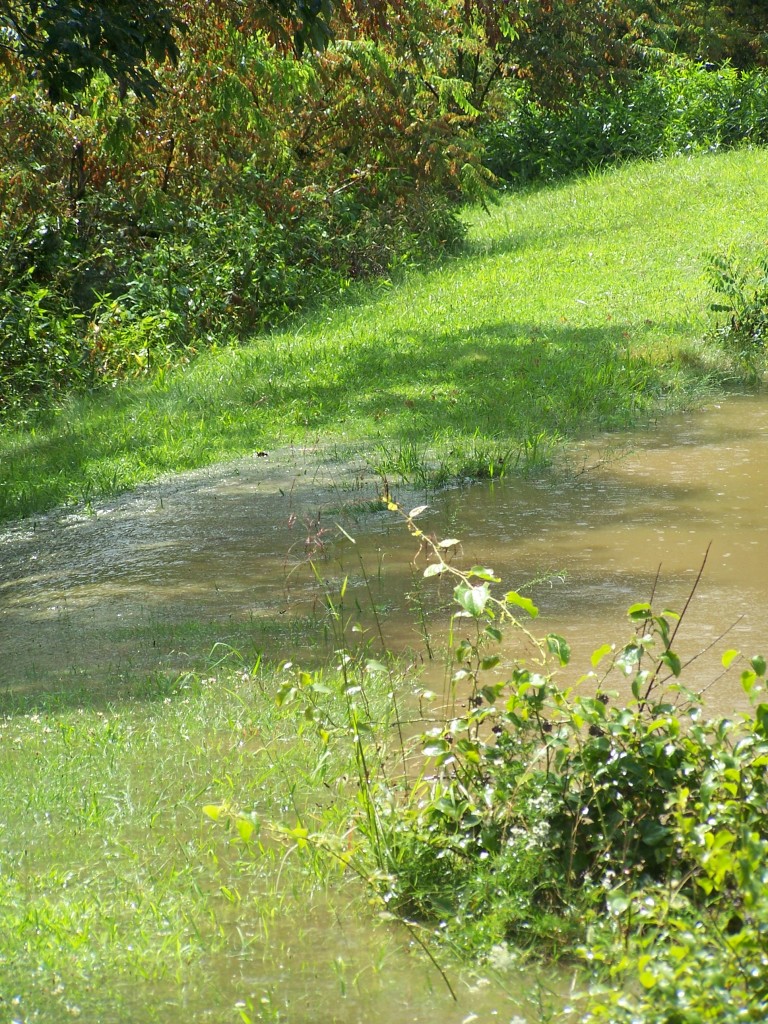 Several streams like the one above poured into the pond forcing it to flow over its banks.

Despite being August, the grass and bushes are lush green, like Ireland.

Our nearest neighbor’s driveway was flooded.

The road to our house was breached in several areas leaving small ravines in the dirt road.  We could tell that the level had been higher than this by the areas where stones and dirt had been washed away.