The National Oceanic and Atmospheric Administration (NOAA) has released their map of spring temperatures, confirming that for the majority of the geographical area of the contiguous U.S., this was one of the coldest springs since they started recording temperatures. 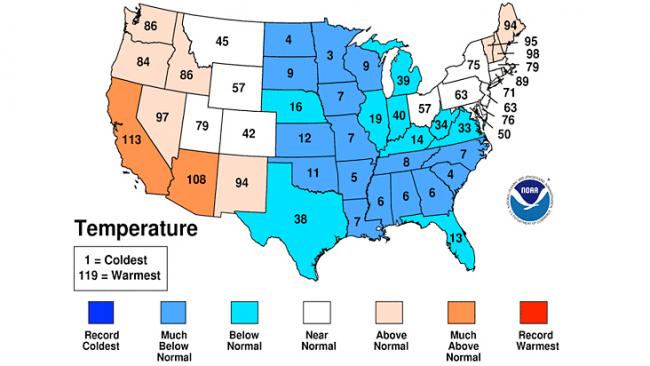 Having read reports on how some of the weather statistics are now gathered, it is possible that this map does not reflect how cold it actually was.  For example, just a few decades ago, they were not gathering temperatures from the tarmacs of major airports, which are known to have increased temperatures due to the absorption of heat by massive runways and dark paved areas.    This map also begs the question; what is “near normal?”

For further details, you can read the report at NOAA and at  weather.com.