My daughter Lottie and I attended yesterday’s Calligraphy workshop, hosted by the Fort Edwards Foundation and given by Abby Chapple, a member of the Washington Calligraphy Guild.  Abby has lead a fascinating life and is listed in the Who’s Who in America guide.

Chapple gave the historical background about calligraphy, its origins and uses.  She explained that the word derives from greek and that “calli” come from the greek work for beauty.  It literally translates to “beautiful writing.”    Chapple discussed its use in historic documents,  bibles and prayer books such as the famous Book of Kells, official government documents, records, etc.  Before our modern version of paper was widely manufactured and distributed, the writing was done on “parchment” or “vellum” – sheep and goat skins.

Diverse people attended the class  – from historical docents to artists to students.  One person was interested in learning this art to contribute to his skill in interpreting the colonial period.

Chapple described the tools used for calligraphy.  She demonstrated the commonly seen feather quill pen and its frequent need for being resharpened, hence the penknife.  Chapple explained that the metal fountain pen tip was only patented in this country in 1803.  It likely existed earlier in Europe , but in the timeline of recorded human history, its existence is relatively short! 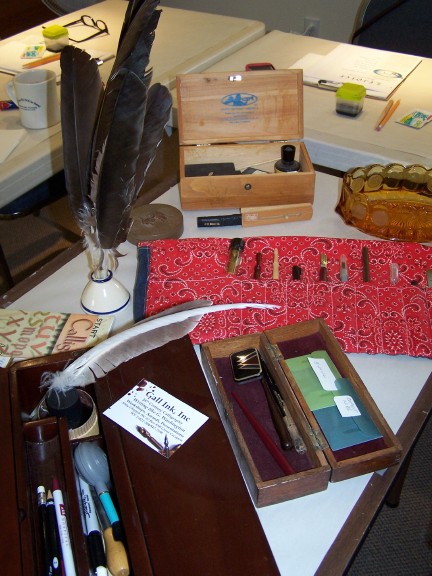 During the class, Chapple taught the packed class of students the basic pen strokes that are the foundation for every letter of the alphabet.  Once these strokes are mastered the remaining letters can all be written.  It sounds easier than it is.  Each stroke has a varying width and must be perfected before advancing to a completed letter. 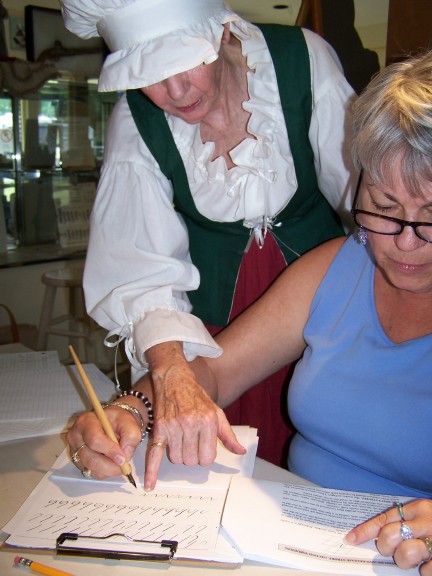 Chapple Assisting a Student with her Penstokes

Due to the popularity of the class, Abby Chapple may be offering another and if there is interest please contact the Fort Edward Foundation for more information or call (304) 874-4291.  Chappel recommnded the calligraphy book, The Universal Penman, and I have placed it in my Amazon Store to the right.

The Fort Edwards Foundation hosted this event in their museum/bookstore.  The Foundation is offering other workshops and is a real benefit to the community.  The Foundation would like to expand its building in order to have more space for displaying the 6000 artifacts that they have found on the property, as well as more room for future workshops, hosting events etc.  Please consider donating to their mission of preserving this valuable piece of George Washington’s past.   Donations to the Foundation are tax-deductible. 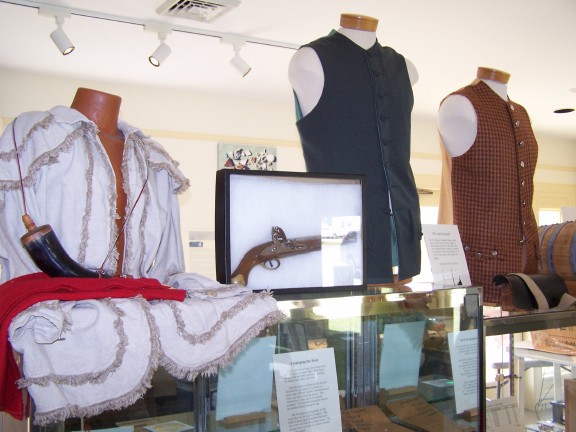