Like the rest of the nation, we have had unusual weather.  Temperature extremes, high winds, late frosts, fast storms, and even rainbows have been our lot lately.  We had a spectacular and foreboding looking front move through that departed with purple skies and golden mountains. 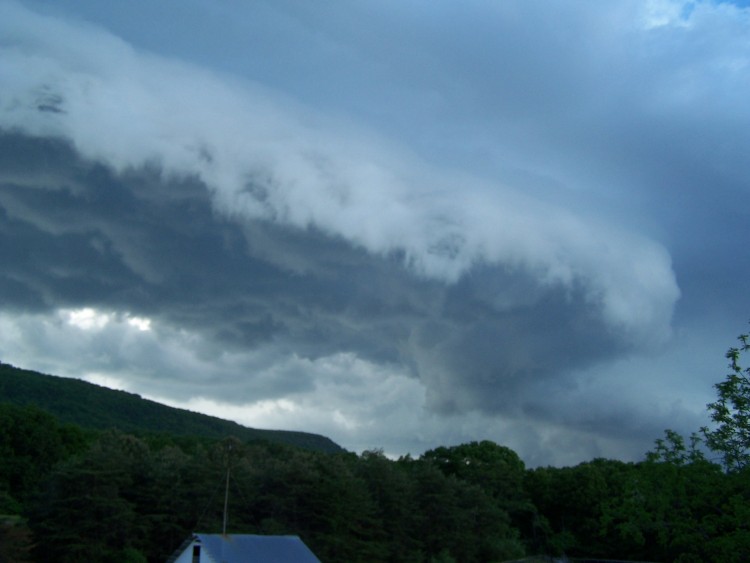 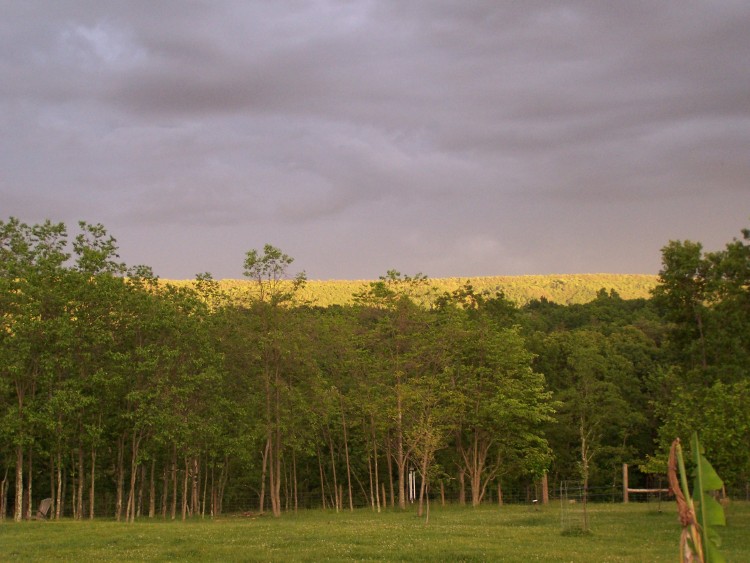 All of this has had an effect on our garden, so let’s step together through our gate and explore within. 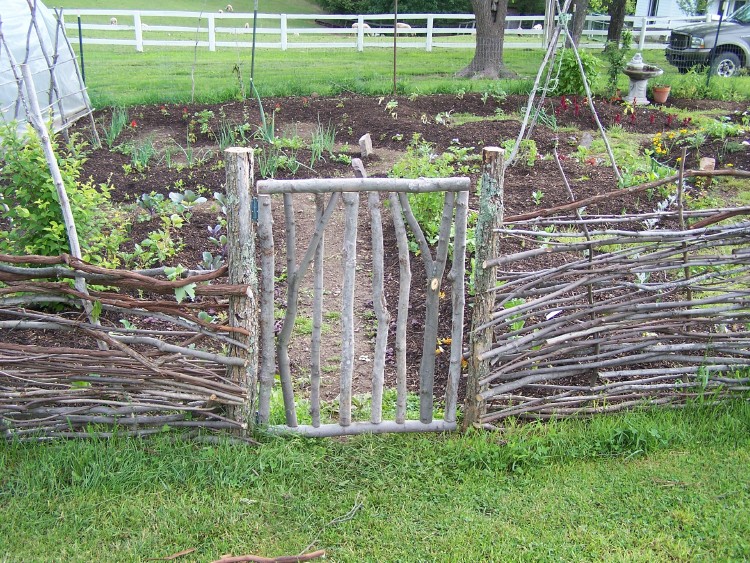 The first plant to draw my attention is a grapevine still in its infancy.  It is part of the permaculture landscape that we are trying to construct.  Eventually, the back wall of the garden with have a more solid wall in order to hold in daytime heat and create a microclimate.  The vine is intended to travel across that wall.  Close study of the vine reveals not only frost damage, but a dead portion of the nearby black walnut is draped all over it, proving that the walnut tree is dealing with some insect damage.  Looking even more closely, I can find several unwanted visitors wearing black and white stripes. 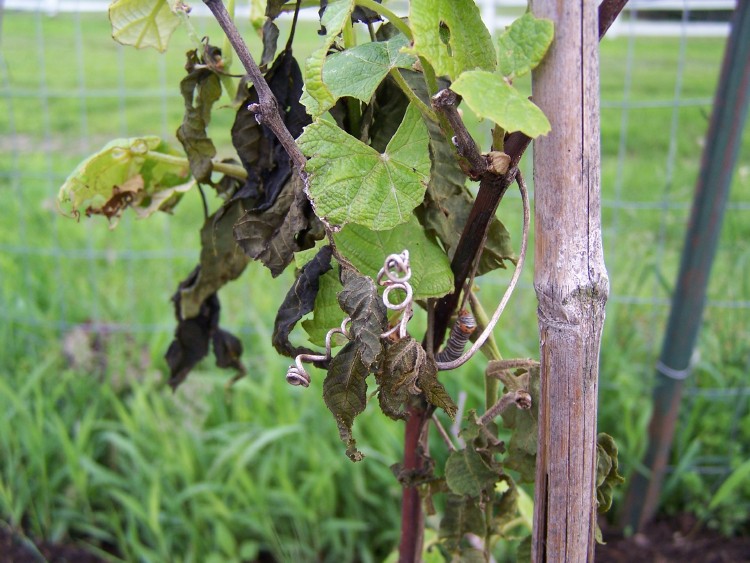 Dreadful.  It is the Grapevine Epimenis caterpillar – Psychomorpha epimenis – and we don’t want them there.  Quickly dispatching them, I make a mental note to check the vineyard later.

Moving on I find more damage, but from a different source.  Caterpillars can be bad for your crop, but due to the limitations of their size, there is only so much they can do in a day.  Not so with chickens.  One hen can destroy an entire section of the garden in minutes as has happened here to the brussels sprouts.  (Hence the newly installed garden gate…)

Perhaps the worst though, was the frost damage from unusual late cold fronts.  Despite it being late May, we still had temperatures in the thirties this week, and last week had frost.  The average last frost date for this area is April 15, so we usually feel rather safe putting the tender plants out May 1.  This year we have lost an enormous amount of plants to frost, some have died completely, others have been significantly set back.  I wonder if the eggplants that I am growing for my dear friend Carol, will be stunted due to the stress they have been through.  That is a real loss.  Carol makes some of the best lasagna ever, and she stews eggplants in her 12-hour sauce mixture.   And here is another ingredient that suffered, and we are keeping our fingers crossed that they recover.  Frosted tomatoes sounds like it should be something yummy with a sugar-coating, but in this case, it’s not good news! 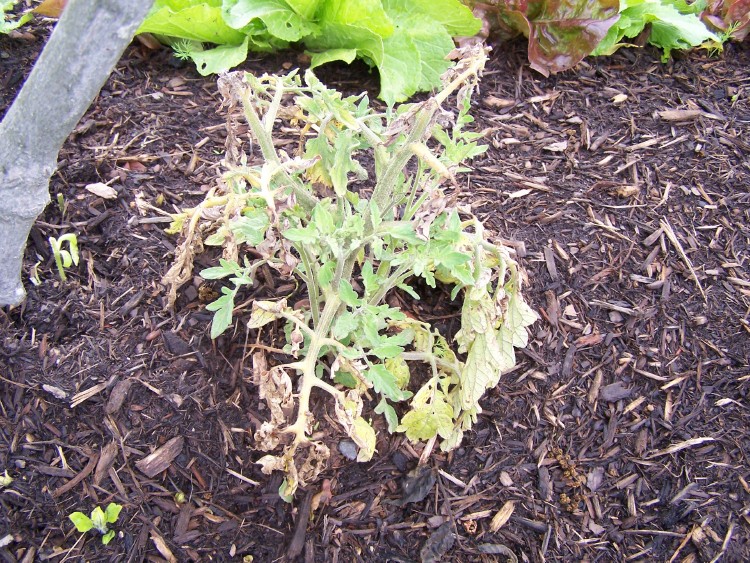